Back in April 2011, this writer became aware of the TV show, Freshly Squeezed, a music breakfast show every weekday on Channel 4. Broadcast in short fifteen minute episodes, the show would introduce this writer to an assortment of new musical acts including Lianne La Havas, Foster The People, and Ed Sheeran, among others, up until its cancellation in December 2012. It was also via this medium that this writer was introduced to the music of Devon singer/songwriter, Ben Howard, when the show featured the official music video for the previously released single Old Pine in May 2011.

Later in September of that same year, Ben Howard would release his debut LP, Every Kingdom, a collection of ten songs driven by Howard’s incredible skills with a guitar and emotionally charged lyrics. It would quickly become one of the most important records in this writer’s life. 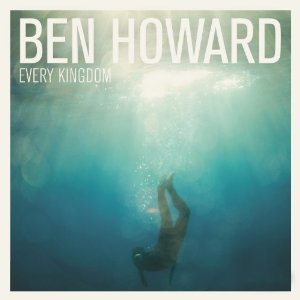 The release of this album would be prefaced by the release of Keep Your Head Up in August 2011, and a BBC Radio 1 Live Lounge appearance in early May 2012 which would feature a cover of Carly Rae Jepson’s summer hit, Call Me Maybe. The dark and atmospheric spin that Howard would put on this upbeat pop song would succeed in bringing the music of Ben Howard to an even wider audience.

The subsequent sold out show that Howard would go on to play in the Olympia Theatre, in Dublin in November 2012 remains the best gig that this writer has ever attended. On stage for an hour and a half, Howard would eventually finish his encore after a show that would feature two standing ovations and Howard playing an eight minute rendition of The Wolves despite having broken two strings on his guitar midway through the first chorus of said song. It was a night that would be remembered fondly by all those who had been lucky enough to be in attendance.

Most people contextualise their memories through music, a certain song or artist will transport them back to a point in their lives that they will never be able to forget. However this process will not always be a completely enjoyable process, and often the bittersweet memories are the ones that are most susceptible to this sensation. Ben Howard is an artist who has a more profound impact on the life of this writer than most other musicians, with some of my best memories having been sound tracked by his music, but the realisation that they are now nothing more than memories can often make the music of Ben Howard sound bittersweet these days. A further testament to the standard of songwriting that Howard consistently produces.

‘Cause I’ll always remember you the same. Eyes like wild flowers within demons of change.

One thought on “Memories were the best thing you ever had.”