Irish traditional music forms a key part of Irish culture and remains one of the most exciting expressions of Irish heritage that there is. However, it has been argued by various commentators in the past that there is a sense that the rules and conventions that make up this genre of music should remain set in stone, and any attempts to tamper with them would be disrespectful to the legacy of the traditional musicians that have gone before.

However, esteemed Irish fiddler, Martin Hayes, took a different view. He believed that for Irish traditional music to continue to grow and reach new audiences it needed to continuously try bend the conventions of Irish music that already existed and, if possible, deliberately create music that the traditionalists of the craft would not appreciate or endorse. Hayes frequently made an effort to fulfil these self imposed challenges on himself throughout his music making, and these efforts would eventually lead to the creation of The Gloaming. 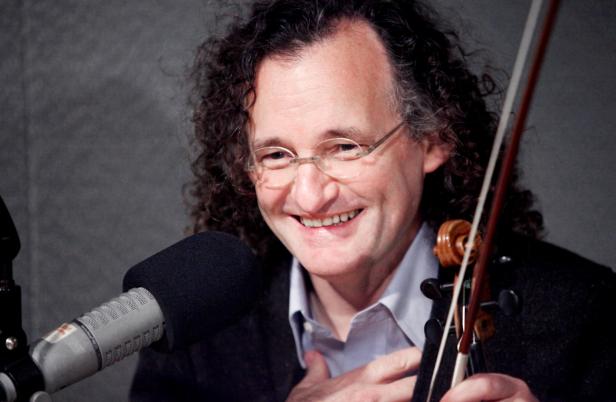 The Gloaming would come together in 2011, comprised of three Irish men, Martin Hayes (fiddle), Caoimhin Ó Raghallaigh (hardanger fiddle), and Iarla Ó Lionáird (vocals), and two Americans Dennis Cahill (guitar) and Thomas Bartlett (piano). They immediately set about trying to create new sounds and ideas from the basis that had been laid by generations of traditional Irish music. They deliberately attempted to step outside the perceived boundaries of Irish music.

Slowly a hype started to develop around the group, as is bound to happen when you have five superstars of their respective fields working together to go something different with music. Soon after meeting for the first time they embarked on an Irish tour in 2011 which would culminate in a sold out show in National Concert Hall in Dublin, and 2013 would see the group playing sold out shows in London, Amsterdam, Paris, and New York. Their profile continued to grow in 2014 with an appearance at the esteemed Other Voices festival in Londonderry in January, and another host of shows across the UK, Ireland, and further across Europe.

January 2014 would mark the release of the eagerly anticipated debut EP from the group, simple titled The Gloaming. The album would be released via the Brassland label in North America and the  Real World label across the rest of the globe. A collection of ten beautifully crafted pieces of music, it would be released to universal acclaim and would eventually win the Choice Music Prize that year. It would be listed as one of the albums of the year for many musical writers.

April 2014 would see the group invited to perform at Ceiliúradh, a concert held in the Royal Albert Hall in London to commemorate the state visit of President Michael D. Higgins. The night was commissioned as a celebration of the Irish community in Britain. The Gloaming headlined a night of poetry, storytelling, and music along side acts such as Paul Brady, Glen Hansard, and Elvis Costello.

In late February 2016, the group would release their second LP, titled 2, again released via the Brassland label. As with the first album, it was greeted with universal acclaim. In the months leading up to its release, it was proceeded by the release of the tracks, The Pilgrim’s Song and Fáinleog, and it was clear that The Gloaming had not yet satisfied their creativity with the release of the first album.

Irish traditional music is one of the purest expressions of Irish culture available, but without expressing an eagerness to grow and develop there was a chance that it could have been lost to modern audiences. The Gloaming, along with bands such as The Spook of the Thirteenth Lock and Triúr (another group containing Hayes and Ó Raghallaigh), are helping to bring Irish traditional music to the masses in a way that makes it accessible to those who might not be overly familiar with the genre to begin with.