The Irish music landscape is sadly scattered with incredibly talented bands who unfortunately failed to make the breakthrough that they deserved. Band such as B Positives, Director, The Flaws, and others have all, at different points, looked like they were going to properly establish themselves, and it sadly never happened.

Another band who unfortunately fall into this category are Cavan alternative indie rock group, Shouting at Planes. 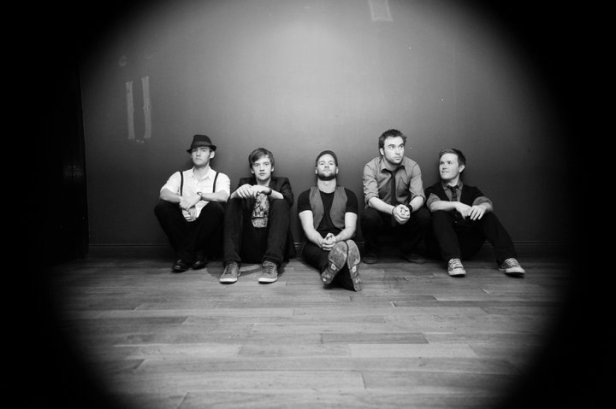 Shouting at Planes had a fairly hectic beginning to their life as a band, their first live gig together would be a slot at a Battle of the Bands competition in Shercock, Co. Cavan in 2010, a competition that they would win and it would result in the band getting to perform on the Queen’s Head Stage at that year’s Glastonbury festival. August of the same year would see the release of the debut single by the Cavan outfit, Hospice, and even without any official label promotion the single went on to debut at no. 23 in the Irish music charts.

Hospice by Shouting At Planes from 50LB Films on Vimeo.

The band first came to the attention of this writer in 2011 when their single, Surrender, was featured on The KC Show on Today FM. I was immediately drawn to the sound, the powerful vocals and driving guitar and drums were exactly what I was looking for at the time. The song would be the lead single off the Surrender EP that they released in April of 2011. The song would lead to a strong following developing nationwide for the band, and it would even go on to feature on the soundtrack of the popular MTV series, Teen Wolf.

The aftermath of the release would see the band embarking on a promotional tour of the EP, a promotional campaign that would involve a performance as part of the Block C Sessions which would include an excellent cover of the Feel Good Inc. by Gorillaz.

Fans of the band would have to wait until 2014 before they would hear any new music from the Cavan quintet. March of that year would see the release of the St. Jude’s EP, the follow up release to Surrender from 2011, and it would mark a change in sound for the band as they moved more towards a bluesy slowed down vibe. The EP received rave reviews and generated massive excitement for the impending album from the band. An album that would never actually come.

The St. Jude’s EP would sadly be the last official release from the band, and Shouting at Planes would become another band who, despite their massive promise and undeniable talent, would get lost in the landscape of Irish music. Fans have long hoped for the band to get back together, but with lead singer, Liam McCabe, currently plying his trade with another promising young Irish band, Heroes in Hiding, it seems that they will have to wait.

It seems that for now the fans will have to make due with the collection of outstanding songs that the band created during their time together.