There seems to always be a few bands that you know the name of but have never actually listened to. You have gotten plenty of recommendations to listen to them, but have never actually gotten around to doing so. This was the case with Manchester indie rock outfit, Everything Everything, and it was not until this writer got to witness their support slot for Oxford band, Foals, in the 3 Arena, Dublin, in March 2016 that I decided to properly give this widely acclaimed band a proper listen. It was worth the effort.

Everything Everything would come together for the first time in 2007, when Jonathan Higgs, Jeremy Pritchard, Michael Spearman, and Alex Niven would form a band that would get its name from the first two words sang by Radiohead frontman, Thom Yorke, on the album, Kid A, an album that Everything Everything would call one of their biggest influences. The band would eventually start performing later in that same year and would quickly begin to gain attention from the music industry, and December 2008 would mark the release of their debut single, Suffragette Suffragette.

Shortly after the release of this single, Niven would leave the band to become a journalist, a move that would open the door for guitarist, Alex Robertshaw, to come on board. Everything Everything would conclude the year with a nomination for that years BBC Sound of 2010, a nomination that would get them signed by the UK branch of Geffen Records.

Man Alive, their debut LP, would be released in August 2010 and would be met with high acclaim from many reviewers. The album would go on to be nominated for the 2011 Mercury Prize. 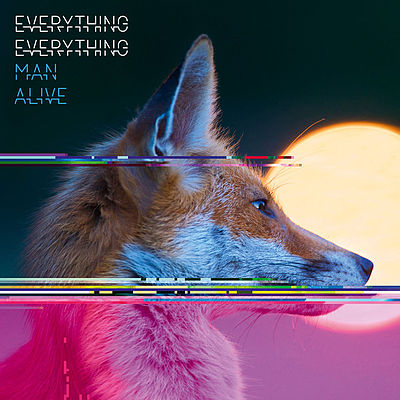 In 2012, the band began work on their second album. In August of the same year, they would announce that their new album, to be called Arc, would be released in early 2013. This news was accompanied with the first single off the album, Cough Cough. The album would mark a shift in the songwriting of the band as they moved away from the complexity of Man Alive to the more direct expression of the emotions and ideas found on this record. The album was met with generally positive reviews. The track Kemosabe would go on to win the UK Single of the Year at The Music Producers Guild Awards.

The band would go quiet for the next few years before reemerging in February 2015 with the single Distant Past, this song would be lead single off their upcoming album, Get To Heaven, which would be released in June of the same year. This album would go on to be the best received of their career, and would garner rave reviews from critics and fans alike. 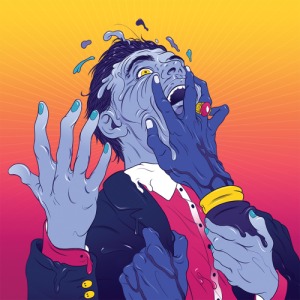 Since the release of Get To Heaven, the band have kept themselves in the consciousness of music fans recently by allowing their 2016 single, I Believe It Now, to feature on the soundtrack of FIFA 16, and Premier League coverage on Sky Sports,

The four piece recently released their most recent LP, A Fever Dream, an album that yet again received rave reviews from fans and critics alike.

Everything Everything routinely attempt to do something different with their music and these attempts to push the limits have made them endlessly interesting to watch as they develop.

One thought on “I Can Smell Your Fingerprints All Over My Computer.”