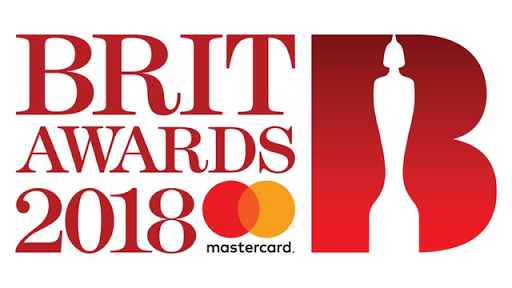 Tomorrow night, this years Brit Awards will take place at the o2 Arena in London. The awards were first held in 1977 and have gradually grown to be the most prolific music awards ceremony in Britain.

The Brit Awards have always confused and frustrated me as a music fan, and very often I feel that the best of British music is never actually properly represented and instead it is a celebration of the music that has managed to break into the mainstream.

I feel that this is again demonstrated in the list of nominees for the song of the year. This article will go through the various nominees and offer a verdict on each.

This is vintage Calvin Harris. Released in June 2017 it instantly asserted itself as a staple of summer radio play in the UK and around the world. While it has it’s obvious flaws and can come across as a bit simplistic and repetitive, there is no doubting that it is all you want in a summer jam.

The sixth single from Larrson‘s album, So Good, Symphony further helped to cement her reputation as one of the biggest names in pop music in the moment. The mix of classical and pop genres helps it to stand out during the daily radio play.

Here is your winner. I didn’t really matter what other songs were going to be on this list, the emergence of Dua Lipa as one of pop’s most interesting musicians was defined in the summer hit that was New Rules. Catchy chorus and a solid beat, as well of the fantastic music video, make this the song of 2017.

Ed Sheeran – Shape Of You

We are now roughly two months into 2018 and I still have yet to get tired of this song. When Ed Sheeran announced that new music was to come I decided to reserve judgement. I’ve always felt that Sheeran was one of the most naturally talented and charismatic musicians working at the moment, but for whatever reason his albums have never lived up to this obvious ability. While Divide would ultimately reinforce this belief, Shape of You provided hope that he the talent is there.

I’ll be honest,  I had never even heard of this song prior to writing this post. Having been enlightened, I have no clue how it managed to make this shortlist, but everyone to themselves I suppose.

This 2016 single by the English DJ and record producer, Jax Jones, would go on to peak at no. 3 in the UK and Irish singles chart. With an infinitely infectious bassline and catchy chorus vocals, it was hard not to love this offering.

Mama continues the theme that is continuing to emerge in modern mainstream music as we have another English DJ creating a tropical pop track while using a guest vocalist. Mama follows the tried and tested strategy of a bouncy verse built on by the use of a catchy chorus. It’ll get you dancing, but will be forgotten about very clearly after the first listen.

Ok, I wouldn’t consider myself to be all that up to date with the careers of the One Direction boys since they stopped making music together, but it seems that while most of the media attention has been given to the musical releases of Harry Styles, Niall Horan, and Louis Tomlinson, Liam has mainly been doing his thing to lesser limelight. Strip It Down marked by Payne into more risque material than he would have been known for with One Direction.

My opinion towards Little Mix tends to deviate massively from song to song, yet there is little doubt that they have stumbled on a formula for making excellent pop music. Touch is the next in their line of pop singles released by the band, and while it lacks the charm of Wings or Black Magic, it continues the trend of the band dominating radio waves.

One of the things that made this song such a massive hit when people first heard it was just how different it sounded to everything else that was on the radio at the time. There was no tropical house beat that had seemed to permeate onto every other track on radio at the time, instead the incredible voice of Jamie Hartman was placed at the centre of the song for listeners to enjoy.

Best of luck to all the nominees.