One of the most enjoyable things about going to live music is when you go to a show and end up discovering a new artist that you end up loving if they are performing as support. An example of this was when I was fortunate enough to see Dublin band, Raglans, perform with Haim in Whelans’s in Dublin on 25 May 2013. The half hour set that the band performed was energetic and charismatic, and, for me at least, outshone the headline act on the night.

The debut album from the band that would come in March of 2014 was one of my favourite releases of the year and was the perfect representation of everything the band were trying to do during their live sets. 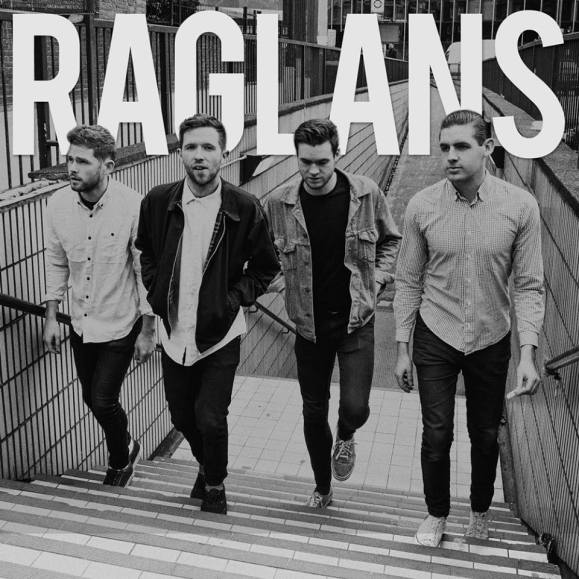 The self titled Raglans was a collection of eleven songs that were instantly catchy and endlessly listenable, and marked a big statement for the band who were trying to get their name out there.

The most popular song by the band was the aggressive and drum driven tune, Digging Holes, which managed to get the band their first radio play in Ireland. As a result it was the perfect song to open their debut album with. A massive favourite in their live shows, it’s shout-along chorus captures the essence of everything that Raglans are all about.

There was clearly a concerted effort to make as strong a start as possible on the record as they followed this opener with another single, (Lady) Roll Back The Years. Another song that lends itself effortlessly to a live setting with this pulsing guitar, and sing-along chorus, it was another demonstration of the energy at the heart of all the music that Raglans have put forward on this record.

There is no let up in the pace of the album from here on with tracks like Fake Blood, White Lightning, and Before Tonight continuing the trend of catchy indie rock songs that make you want to scream along every word. It ensures that the energy and enthusiasm that was built up in the opening two tracks never seems to dip and there is a lovely and natural flow between all the different tracks.

The first real shift in tone on the record comes with the track Not Now. Immediately we are made aware of the different feel of this track, the instrumentation seems more withdrawn and the lyrics address a heavier and more pessimistic subject matter. It is a demonstration of the versatility in the songwriting of the band and provides a nice change in pace in the album after the unrelenting energy of the opening few tracks.

The album then slowly starts to build the energy levels back up with tracks High Road and The Man From Glasgow, which was another single from the album.

The album concludes with my two favourite songs on the record, the excellent Down and Born in Storms are, to me anyway, the perfect summation of everything that has been done on this album up to now. They mark a return to the energy levels that were found on the opening two tracks of the record and leave the listener wanting more, which in my case usually meant hammering on the repeat all function.

Raglans seemed like the beginning of something really great for the band, but the music industry is nothing if not volatile and problems with record companies, as well as personal changes in the band would cause the progress to stall.

However, there have been signs in recent years that the band are starting to put things in motion again with the Again & Again EP of October 2016 showing that they have lost none of their ability for writing intelligent indie rock music. There is no doubt that there is still an appetite for a band like Raglans but as they say themselves, who knows what the future holds…?