The first album for a band is always a big moment for any band. Very often it needs to make a big impact if people are to properly take notice, and stand out from the other more-established bands that are putting out content at the same time. This was clearly something that Alex Kapranos and co. took into account when they decided to let the world hear their debut offering.

In 9 February 2004 Scottish indie rock band, Franz Ferdinand released their debut LP and it would instantly announce them as one of the best new bands in indie music at the time.

The eleven track eponymous album released through Domino Recording Company would go on to win the 2004 Mercury Music prize award and would even go on to be nominated for the Best Alternative Album at the 47th Annual Grammy Awards, and was universally lauded as one of the finest debuts in British music.

This article will have a look at some of my favourite tracks off one of the best albums I’ve ever had the pleasure of listening to. 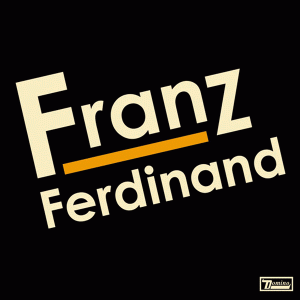 What a beginning to your first album! Jacqueline is everything that you want a young indie rock song to be. Energetic and interesting, it’s hard not to be sucked in by that initial bass line, but the guitar in this song is just exquisite from start to finish.

Michael follows what made Jacqueline such a fantastic song. Instantly memorable lyrics, and outstanding instrumentation, it is another favourite in any Franz Ferdinand live show.

A staple of any Franz Ferdinand live show, This Fire is another demonstration of everything that is good about this LP. From the exciting and intertwining guitars, the driving bass, and pacy drumming to Alex Kapranos‘ vocals, this is a standout song from the whole Franz Ferdinand discography and not just this album.

I often wonder if a band knows that they are writing a great song when they are. When Arctic Monkeys were putting the finishing touches to I Bet You Look Good On The Dancefloor, or Bruce Springsteen was scribbling the last chords of Born to Run, did they know that they were after writing songs that would define generations? The same question crosses my mind when I think about Franz Ferdinand writing Take Me Out. The word anthem is thrown around a lot in music these days, but this is undeniably an anthem.

Long story short, Franz Ferdinand holds up thirteen years on. Listen to it.

One thought on “We’re Going To Burn This City”